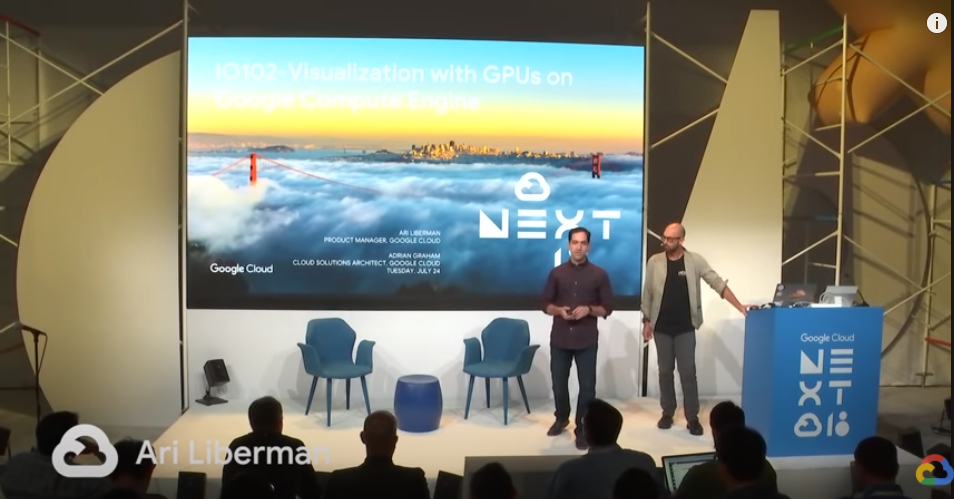 Just a few weeks ago, Google’s annual cloud focused event Google Cloud Next ’18 took place. This three day cloud extravaganza provided and in depth view at not just Google’s achievements in cloud computing this past year, but also highlighted some incredible tools and demos by their cloud partners, including BeBop Technology.

This year Google was thrilled to show off just how far they’ve come since last February 2017 when they introduced their first cloud GPU, the Nvidia Tesla K80. With more companies moving their workflows to the cloud every day, it became essential for Google to provide a much more powerful solution, with their Nvidia V100 and newer Nvidia Tesla P4, which is much better suited to sustain the massive amount of computational power and graphic intense workloads that many companies demand.

With the increased computational power the newer cloud GPU’s provide, coupled with the flexibility of robust cloud-based virtual machines, the way many individuals think about work is changing drastically, especially in the area of media and entertainment industry.

“The ability to customize machine types and attach a variety of Nvidia GPU’s, including P4’s, has enabled BeBop to provide media and entertainment customers using our powerful virtual workstations in the cloud with an exceptional level of flexibility.” – David Benson, CTO & Co-founder of BeBop Technology

The BeBop Technology virtual workstations, which function flawlessly within the Google Cloud environment, now allow editors, visual effects artists to not only work remotely from any location they choose, but also seamlessly communicate with their peers and co-workers with tools like BeBop Technology’s OTS (Over The Shoulder).

Google’s team was delighted to showcase the flexibility and collaborative power of the BeBop virtual machines with an impressive display, which consisted of 5 VFX Artists (4 in San Francisco, 1 in Los Angeles), producing a real time animation called “Robot Dance Party”, which consisted of 13 shots, 1,440 frames and was rendered in 4k resolution.

If for whatever reason you missed Google Cloud Next event this year, make sure you definitely bookmark it on your calendar for 2019, it’ll be an exciting place to be. Keep your head in the clouds!

Robot dance party: How we created an entire animated short at Next ‘18

This was such an amazing experience! BeBop and Google created a Virtual Animation Studio at Google...