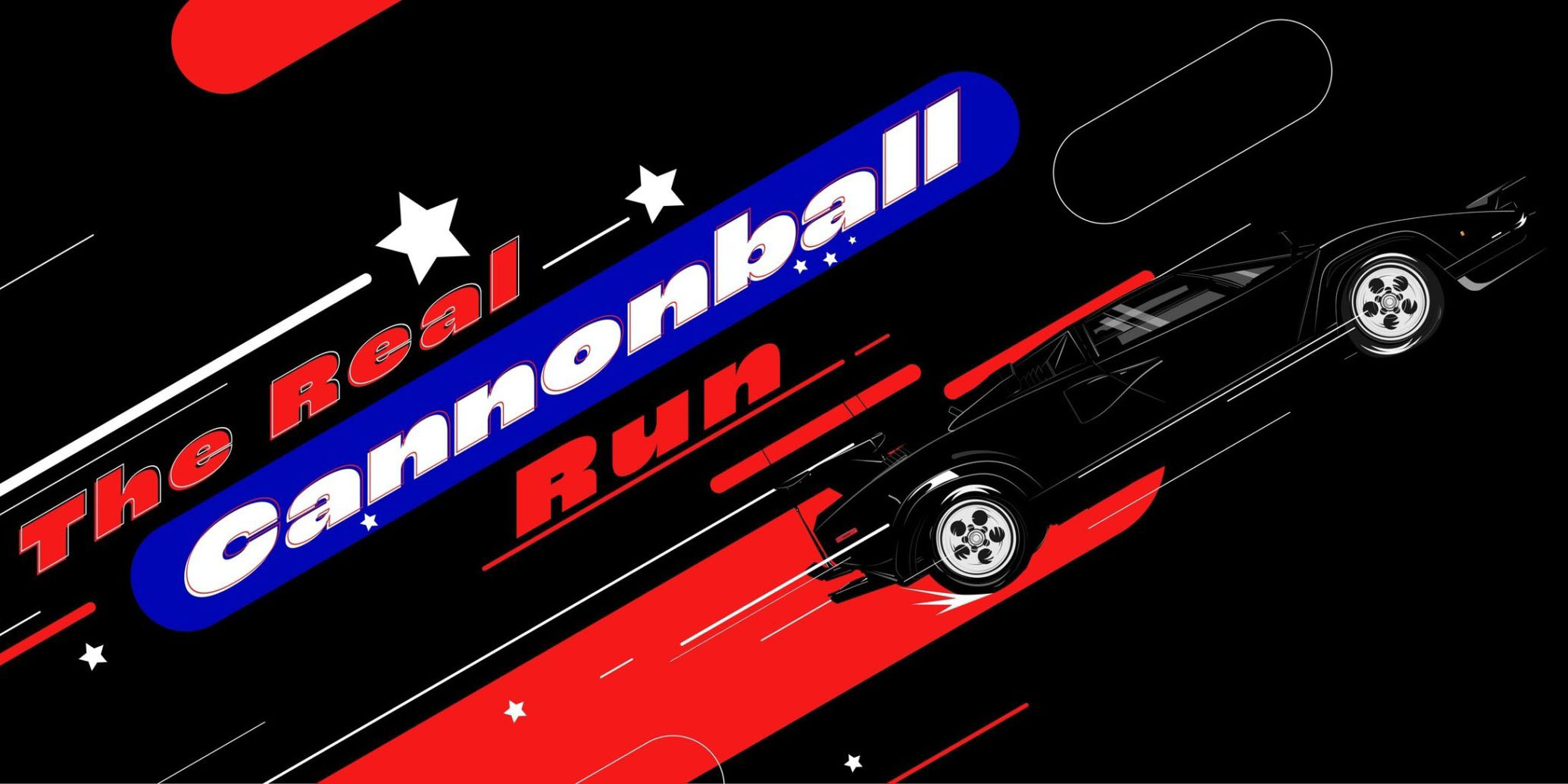 We're thrilled to be supporting this groundbreaking new Web3 film with our partners at base and Eluvio!

LONDON, August 31, 2022 – base, a leading provider of cloud-native media solutions, today announced a groundbreaking Web3 documentary experience for The Real Cannonball Run, a fast-paced upcoming docuseries, which will tell the true story of the legendary coast-to-coast automotive protest race across America. Initial details can be found at http://realcannonball.com/.

This will be one of the first films to have ever been produced, curated, and distributed on the blockchain directly to fans. The initiative uses cutting-edge cloud and Web3 technology provided through a technical solutions partnership with base, and powered by Eluvio’s Content Blockchain.

"We have been curating this exclusive content for years, including original film archive from 50 years ago,” said Gero Hoschek, the indie filmmaker driving The Real Cannonball Run. “There are millions of fans across generations and continents who will want the documentary to be launched and become part of the story themselves. With Eluvio and base, we are uniquely placed to do things differently, and use technology in new, creative ways, from pre- production fan engagement, all the way through to direct-to-fan 4K streaming.”

“This is such an exciting project, combining filmmaking, a global fan base and a totally new paradigm of movie post-production and Web3 distribution,” said Ben Foakes, CEO, base. “We are writing a new rule book for production. We plan to create a rich content world and special ‘experience’ built and distributed on Eluvio, a blockchain content fabric that delivers hyper-efficient decentralized storage, distribution and monetization. Dedicated Cannonball fans can purchase a subscription token (NFT) and get exclusive access to trailers, behind-the-scenes content, specially minted assets and incrementally released exclusive content throughout the lifecycle of the docuseries. Certain subscriber NFT tiers will even be able to receive exclusive minted collectibles such as handmade scale models of original Cannonball race cars. Premium tier level NFT holders will also get their name on the film’s end credits and a red carpet invite to the premiere. It is a new type of value exchange, and an entirely new way to engage with your favourite media.”

To bring the documentary to life, the team is building an end-to-end online content chain with base. Archival footage, 4K digital camera rushes and third-party contributor content is securely uploaded to the cloud and automatically transformed to viewing proxies in an Iconik Media Library for the director to view from anywhere and commence tagging and clip selection. Editing is performed using Adobe CC, hosted entirely in the cloud, leveraging BeBop OS, enabling the editors, directors, producers and post supervisor to collaborate across global locations.

When the documentary is completed and mastered, entirely conducted on base’s cloud solutions platform, the finished exports will be uploaded on the Eluvio Content Blockchain, leveraging a custom integration with BeBop OS. BeBop OS not only provides the operating system used by base, enabling Adobe editing to take place on virtual workstations hosted in the cloud, but is also directly connected into Eluvio’s global blockchain infrastructure.

“The Real Cannonball Run will showcase the transformational potential of Web3 for filmmakers, and we’re honored to have this experience happening on the Eluvio platform,” said Michelle Munson, CEO and Co-founder of Eluvio. “This is a first of a kind Web3 native production and distribution of a film. We’re bringing together several blockchain stakeholders to create a dream experience for everyone who loves racing, pop culture, technology, creativity, and film history. Fans will have the chance to become active participants in this unique and historic experience rather than passive viewers. Gero Hoschek, along with Ben Foakes and the team at base, are at the forefront of a revolutionary new way of producing, curating, and monetizing films. With the Eluvio Content Blockchain, filmmakers can use NFTs and tokenized access to help participate in the creation of films; activate exclusive community experiences before and after a film’s release; and stream films to a global audience—all while controlling access and monetization via blockchain.:

“BeBop and base are long-time partners and champions of adapting new technology for media and entertainment; working together with Eluvio and as stakeholders in the Eluvio Content Blockchain has allowed us to show what’s possible, in a practical and tangible way, when Web 3.0 is leveraged with remote, virtual post-production on the BeBop OS,” said David Benson, President & Chief Product Officer for BeBop Technology. “For The Real Cannonball Run, we’ll be direct-publishing to the Eluvio network, but this only scratches the surface of our exciting product roadmap and joint plans with base in the months and years to come.”

Both Bebop and base are node providers in the Blockchain Content Fabric Network and stakeholders in the utility value of the network, allowing their earnings to offset utility costs such as streaming distribution and other production expenses. On September 10 at IBC at 1 p.m. in Hall 8 (8.MS4), Filmmaker Gero Hoschek and base’s Ben Foakes will join others from across the industry at a global Eluvio Community Event to discuss the use of the Blockchain Content Fabric for multi-chain content ownership and distribution (registration info at https://live.eluv.io).

The Real Cannonball Run will feature experiential NFTs, rather than one-off transactional NFTs, as part of its Web3 experience. The first NFT drop for fans will happen on September 10 and will include complimentary film artwork and pre-release trailer access. In addition, one lucky fan will receive early access to mint a one-of-kind, 3D-rendered digital twin (NFT) of the legendary Cannonball Countach LP400S Supercar. Tiered experience NFTs will then drop on September 17, concurrent with the Great Marques Concours, Long Island, New York auto show, where hundreds of Cannonball fans and historical racers will congregate.

Additional details about The Real Cannonball Run will be disclosed in the coming months.

About base
base designs, build and manage end-to-end digital content chains in the cloud so clients don’t have to. The company’s award-winning team of cloud experts in sales, marketing, engineering and software development are renowned for providing outstanding customer service, driven by their passion for excellence and their genuine love of what they do.
Trusted by the world’s biggest brands across industries including media & entertainment, automotive, finance, gaming, luxury goods, online video, sports and space tech, base is recognised as both an award-winning innovator and a leading provider of digital media- focused cloud solutions. More at www.base-mc.com.